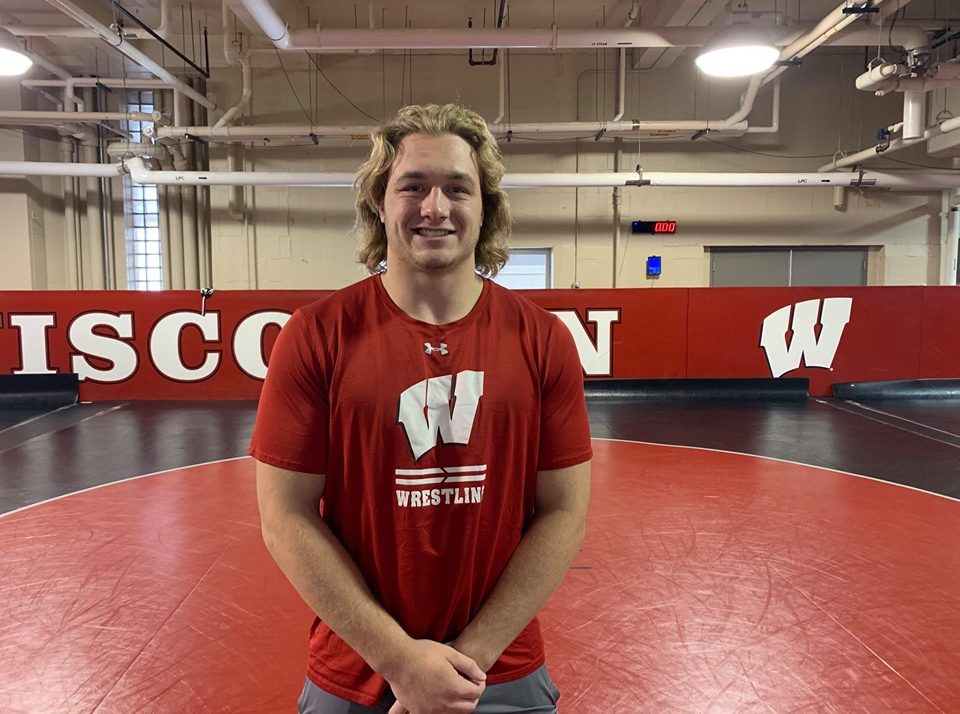 Hillger is a native of Holly, Michigan and is a member of the University of Wisconsin’s wrestling team. This past season he achieved an incredible feat as he became the 67th All American in school history. Naturally, Hillger is anticipated to be highly ranked on a national level as he heads into this season.

You can’t be a good wrestler without having a quality work ethic; but Hillger doesn’t just have any ole’ work ethic…he has a farm work ethic. Trent has been raising animals his entire life with his family back in Michigan. He knows that sometimes you have to put your elbow into it. And because of his ag background (and other factors, obviously), Trent has values instilled in him that have helped him achieve great success on the mat.

Josh Scramlin recently spoke with Trent Hillger right out front of Camp Randall Stadium as he was between practices. To hear their entire conversation, click the play button below: