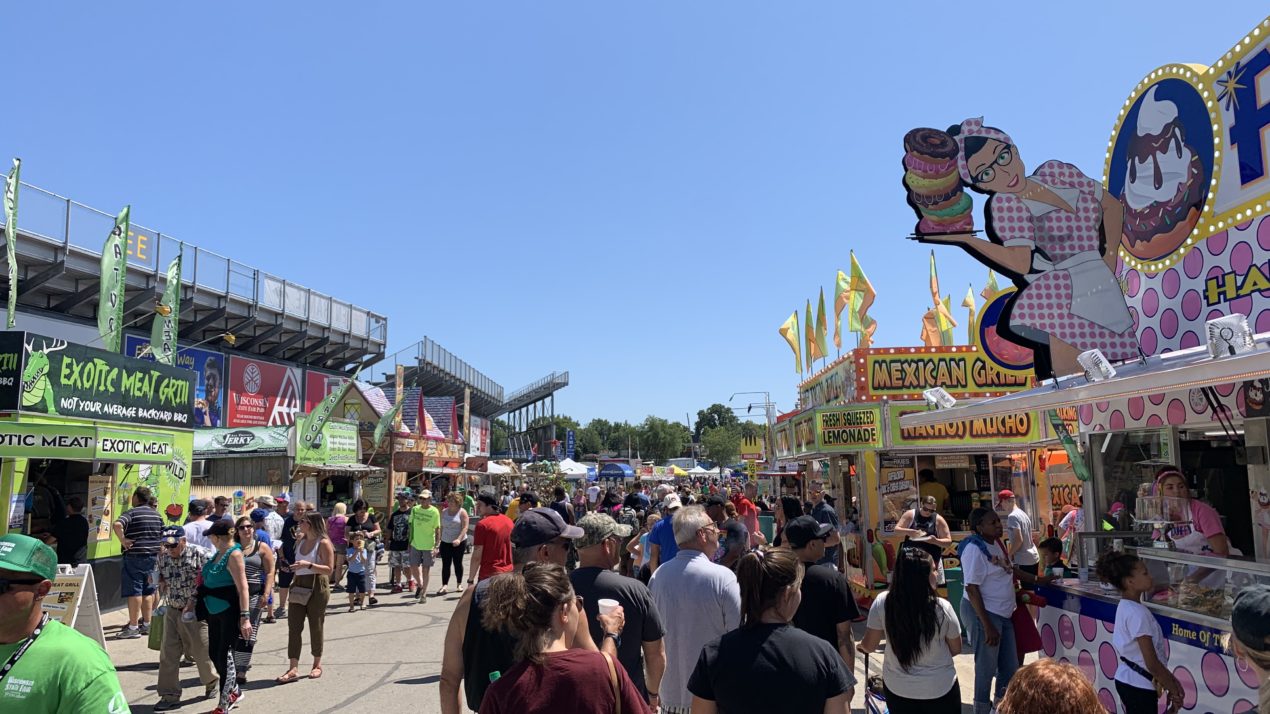 To say that Wisconsin State Fair Park Officials are excited to announce the 2019 attendance numbers may be an understatement, considering that not only did 1,130,572 people visit the fair this year, but five days saw record attendance and several other never-seen-before numbers were reached.

Both weekends and weekdays brought out large crowds, breaking attendance records on Sunday, Aug. 4 and Monday, Aug. 5, as well as Thursday, Aug. 8, Friday, Aug. 9 and Saturday, Aug. 10. In the end, 1,130,572 fairgoers celebrated this epic year, marking the seventh year in a row that attendance has reached more than one million. The only fair in the 168-year history of the event reporting higher attendance than 2019 was in 1948 when the fair was 23 days long in celebration of Wisconsin’s Centennial year. The attendance that year equated to an average of 77,688 people per day. The 2019 average daily attendance was 102,779. It is also important to note that prior to 2002 attendance was estimated, as tickets were not scanned at the gates; therefore 2019 marks the highest attendance on record that can be verified by ticketing technology.

“The Wisconsin State Fair has long been considered one of the top ten fairs in the country and achieving this record number puts us in the top five in terms of attendance,” stated Kathleen O’Leary, chief executive officer of Wisconsin State Fair Park. “However, attendance isn’t the only thing that makes us one of the best; it’s about the experience that our loyal fairgoers come back for year after year, as well as the ‘first-timers’ who, once they experience it first-hand, are in awe of all there is to enjoy. The Wisconsin State Fair is an 11-day celebration and showcase of everything we should be so proud of in Wisconsin. I’d like to extend a sincere thank you to everyone who came out to enjoy the event, as well as our sponsors, vendors and partners who helped make this a record-breaking year.”

Chairman of the Wisconsin State Fair Park Board, John Yingling, reiterated this sentiment while adding “We are aware that great weather helped us reach record-breaking attendance, but beautiful weather does not necessarily mean people want to attend your event. There are many things to enjoy on a beautiful summer day in Wisconsin, and the fact that more than one million people again chose to spend their time at the Wisconsin State Fair is a testament to the quality of the event and the memorable experiences that our visitors have each year. Thank you to the staff, board and all of our partners for helping to make this year’s Fair a tremendous success.”

Considering the number of attendees, including more than half who come from outside of the Milwaukee area, the State Fair event alone is estimated to generate more than $200 million dollars in direct and indirect economic impact annually in the Milwaukee region. Also, the Wisconsin State Fair has a 168-year history of showcasing the agriculture industry in Wisconsin, and according to a report released today, agriculture’s total economic impact to our state is more than $100 billion, with the dairy industry generating nearly half of that.