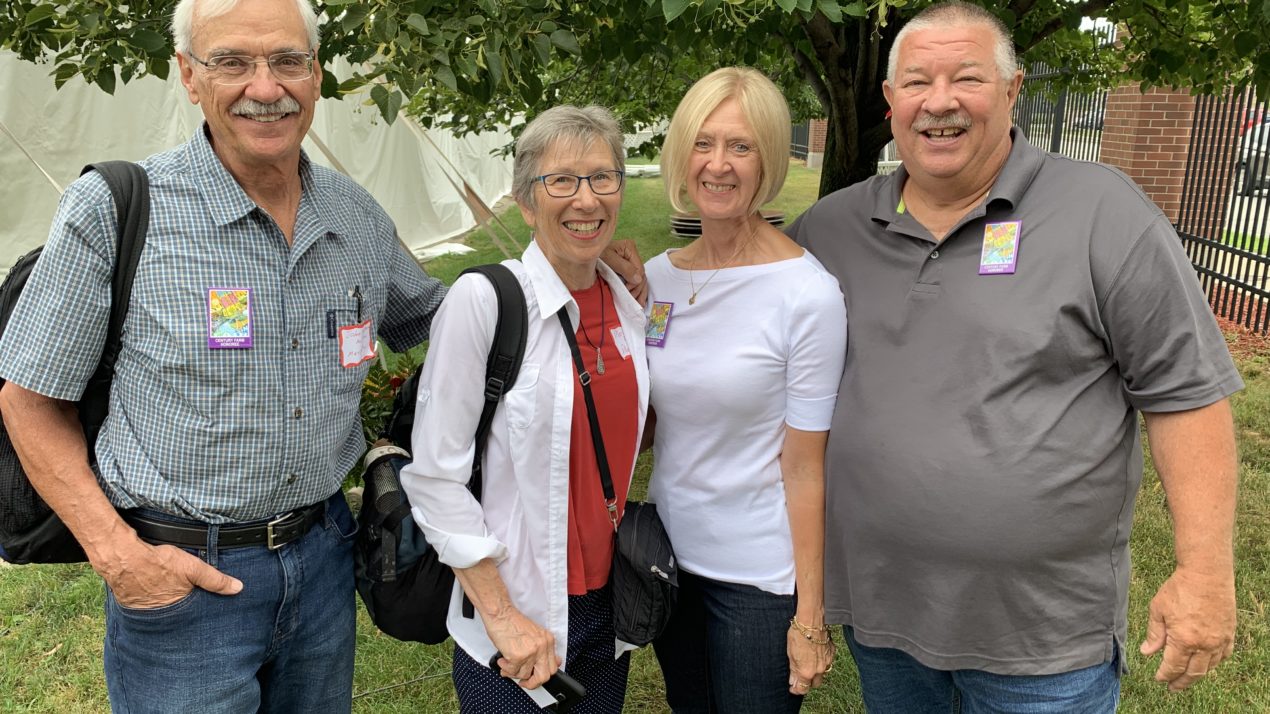 Over the past 100 years, a lot has happened. The Berlin Wall has fallen, humans have taken their first step on the moon, World War One and Two have begun and ended, and the World Wide Web has changed our everyday life. Through all of this, the Kust Family Farm in Marinette County has been there. Founded in 1919, the farm has been passed down from generation to generation, with the third generation currently manning the ship and eagerly awaiting to pass the torch to the fourth and fifth generations.

Recently, Century and Sesquicentennial farms were recognized during an event on the Wisconsin State Farigrounds in which families received the coveted historical sign to hang on their property. The Kust family drove over two hours to be in Milwaukee, while some people drive well over five hours to attend the event and receive their sign.

“Not many things last 100 years,” said Fair Board Chairman John Yingling. “Most businesses rarely last 100 years…so be very proud of this accomplishment,” Yingling continued. Through the laughter and tears, families took the time to remember those that have come before them and recognize those that are set to come after them.

Josh Scramlin spoke with both Yingling and the Kust family about what this event means to them. To hear the full conversation, click the play button below: