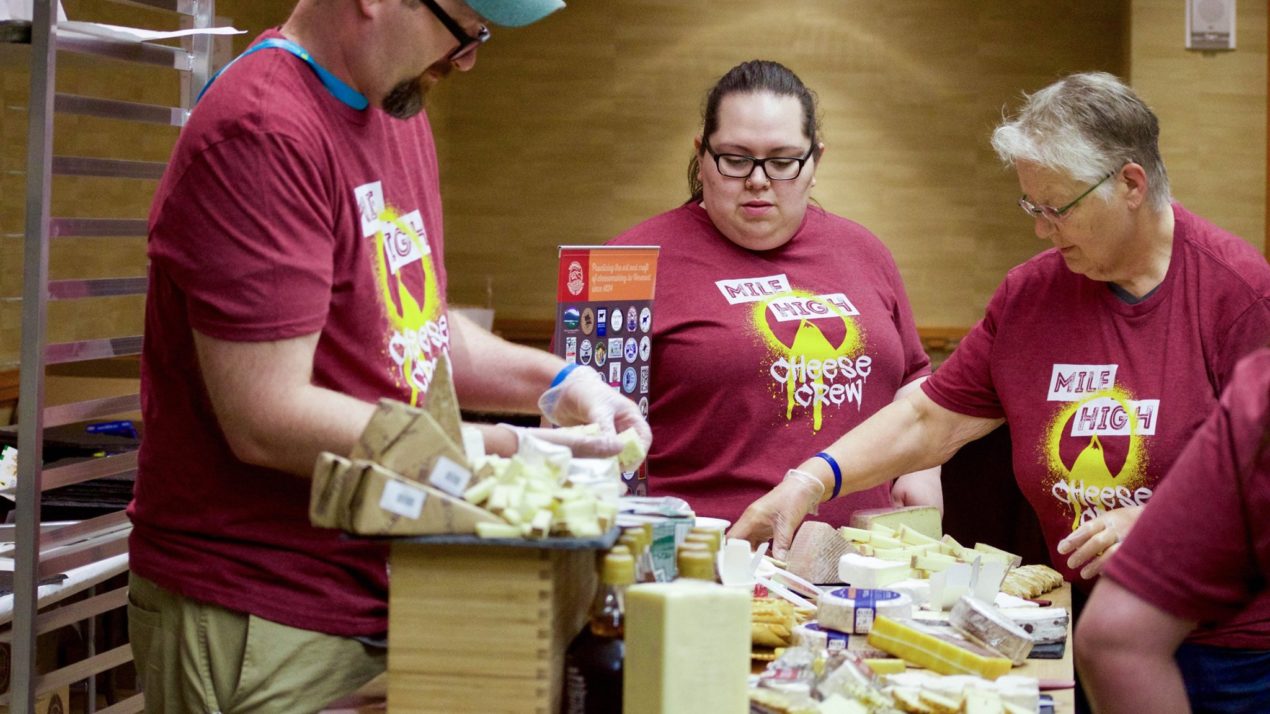 Fans from the State of Cheese® proudly waved their flags and winners paraded across the stage as Wisconsin received 122 awards at the 36th annual American Cheese Society (ACS) Competition in Richmond, VA, this past weekend. In the evolving and increasingly competitive dairy industry, Wisconsin lives up to its reputation by winning more awards than any other state or country.In total, Wisconsin cheesemakers, butter and yogurt makers claimed 28 percent of all awards, including 37 first place ribbons, 37 second place and 48 third place. An astounding 34 Wisconsin cheese and dairy companies won awards and as a state, Wisconsin swept 6 categories!With cheese at the center of many foodie conversations, 21M uses of #cheese on Instagram and an entire community dedicated to Wisconsin Cheese, Americans are increasingly more curious about this food. Recent research reveals that Americans eat an average of 37.2 pounds annually (USDA, 2017). Wisconsin stays on trend by crafting more varieties, types and styles of cheese than anywhere else on earth.“We are incredibly proud of our Wisconsin dairy community. Their commitment is evident in every slice of cheese, stick of butter and cup of yogurt they make,” said Suzanne Fanning, Dairy Farmers of Wisconsin Senior Vice President and Wisconsin Cheese CMO. “With access to the world’s best milk and traditions dating back to before we were even a state, our cheesemakers are innovative – they will never stop obsessing, creating and recreating to make these beloved and award-winning products.”Joe and Joey Widmer of Widmer’s Cheese Cellars in Theresa had a strong show, taking home 5 awards for Wisconsin Original cheeses, including brick and Colby. Like many Wisconsin cheesemakers, the Widmer family brought their cheesemaking traditions with them from Europe, adding a Wisconsin flair that sets them apart. Today, Joe is a Master Cheesemaker – Wisconsin is the only place you can become a Master Cheesemaker outside Switzerland and the program is celebrating its 25th anniversary this year. His son Joey has joined the business as a fourth-generation cheesemaker, working alongside his father, using the same bricks their grandfather and great grandfather brought with him from Germany to make traditional brick cheese. This is a classic example of why Wisconsin cheeses are consistently named the best in the world – Old World Traditions handed down from generation to generation combined with the Wisconsin spirit of innovation.Among the all-star roster of big winners from Wisconsin were Klondike of Monroe with 13 awards, Deer Creek of Sheboygan with 7 awards, Hook’s Cheese of Mineral Point with 7 awards, Maple Leaf Cheese with 6 awards, Emmi Roth of Monroe with 5 awards, Crave Brothers Farmstead Cheese of Waterloo with 4 awards, Marieke Gouda of Thorp with 3 awards and Renard’s Cheese with 3 awards. Graf Creamery of Bonduel won the Boss of Brunch award with Brethren Butter Amish Style Handrolled Salted Butter.The 2019 ACS competition included 1,742 entries from 257 companies representing 35 U.S. states, 4 Canadian provinces, Mexico and Brazil. The cheeses and dairy products are judged by a panel of almost two dozen experts in both aesthetics and technical properties.For a complete listing of the 2019 ACS winners, visit CheeseJudging.org.