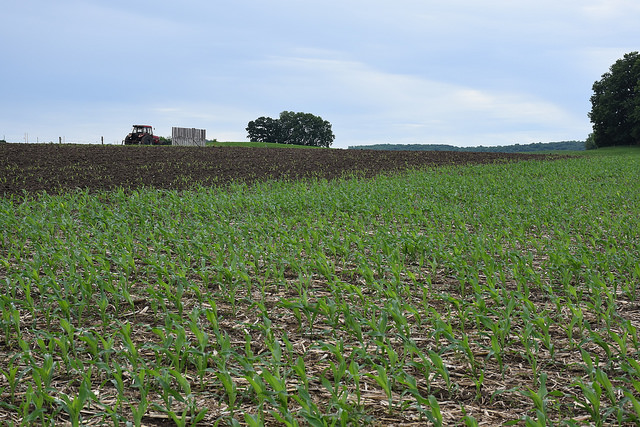 There were 4.2 days suitable for fieldwork for the week ending May 19, 2019, according to the USDA’s National
Agricultural Statistics Service. This was the highest number of days suitable for Wisconsin since the beginning of the 2019 Crop Progress season. Farmers took advantage of clear weather at the beginning of this week to get crops in the ground wherever possible. Producers were avoiding low spots and heavy soils, though the ground was wet enough that rutting and stuck machinery were still reported in some areas. Heavy rains halted fieldwork yet again over the weekend. Temperatures fell into the 30s on some nights with frost reported in northern Wisconsin. Soil temperatures remained unfavorably low for crop emergence.