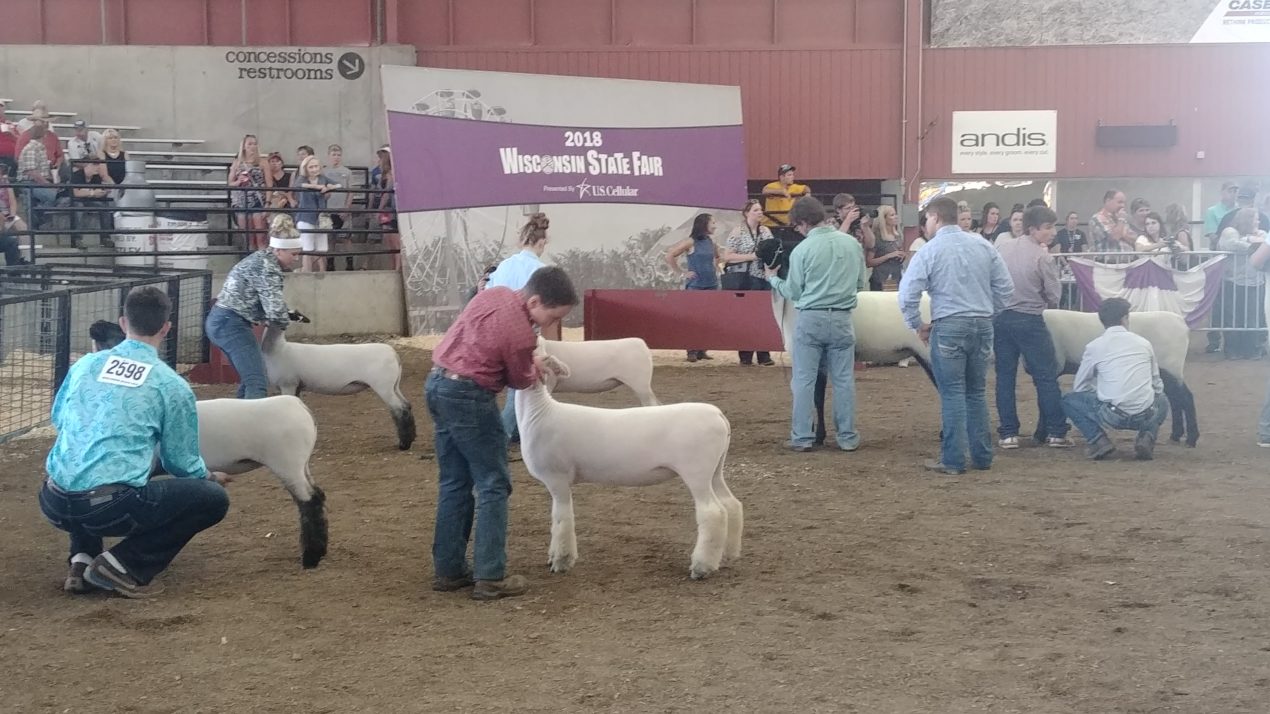 The Governor’s Blue Ribbon Livestock Auction calls upon the best of the best in the show world. But there are more ways to make that night a special one than to have a winning show animal. The auction Foundation gives away $30,000 in scholarships, which are presented the night of the auction.

Duane Bunting, Foundation Secretary, said the scholarships are available to anyone who has ever exhibited. They also give away leadership and showmanship awards. He said they try to spread the foundation’s resources to benefit as many students as possible. He gave thanks to the Wisconsin Auctioneers Association, the Governor’s Blue Ribbon Livestock Auction, and the buyers for making this possible. 30 students received scholarships.

He added that the sale got a new spark when Governors Tommy Thompson and Scott Walker got involved.

A list of some of the past Buyers—Saz’s, Miller Coors,  Meijer, Coca- Cola, Kenosha Beef/Birchwood Foods, Johnsonville, WI Souvenir Milk Caps, CaseIH, Wal-Mart, Beer Capitol Distributing, and Budweiser. Sometimes the buyer returns the animals to the foundation so they can be sold again as fundraiser.

One scholarship recipient was Hannah Tremaine, who will be a freshman at UW-Madison in the fall. She was selected by an application and interview process. The experience helped her better herself as a professional, and she’s eager to do so further in college.

Hannah started in cattle when she was three years old. She started showing at six and joined 4-H at nine. She shows mostly Angus but also works with some Simmentals and Herefords. She’s undecided on her major but plans to stay within agriculture.