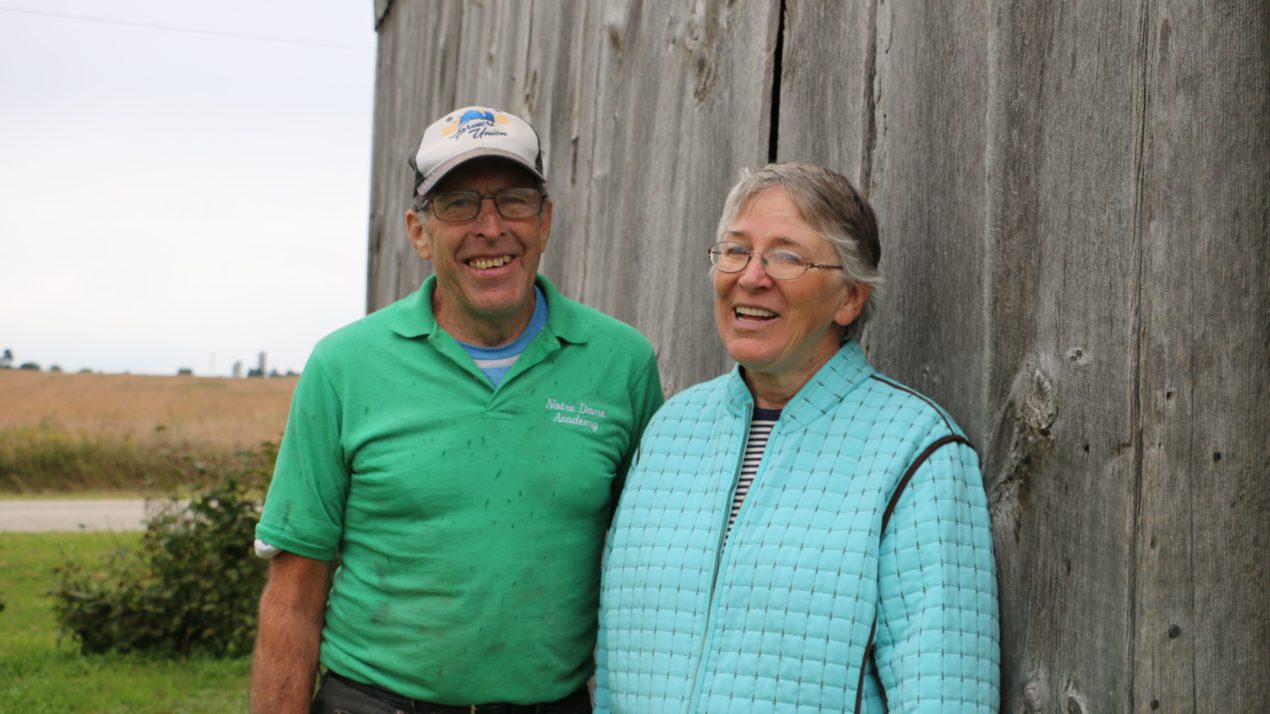 Trade tariffs in the long run are detrimental to economic development and foster inefficiencies for perceived short-term gains. As evidenced by the $12 billion trade aid package announced this week for farmers impacted by the tariffs, trade wars are an expensive game to dabble in – and farmers across the U.S. are paying the price.

Too often, the only trade war winners are those who stay out of the conflict. In the case of U.S. grain exports, the winners will surely be Argentina, Brazil, Australia, Ukraine and Russia.

The Trump Administration has undermined the leadership role the U.S. has historically played in establishing model terms of trade. The U.S. had established itself as the dominant force and leader in trade practices and stabilized markets but the engagement in a trade war has proven irresponsibly reckless.

Tariffs on steel and aluminum imports from Canada, Mexico, Europe, and China in turn have caused retaliation on U.S. exports, and the impact on agricultural markets is rippling across the nation.

With the Administration threatening to withdraw from the North American Free Trade Agreement if U.S. demands are not met, the threat of a trade war is not just with China but also Canada and Mexico. For U.S. agricultural exports alone, 43 percent are destined for these three countries.

Although some seek to portray the U.S. as the loser in bilateral trade relationships, this is far from the truth. Since FY2014, U.S. agricultural trade annually runs surpluses between $17 billion and $43 billion.

China, on the other hand, since 2013 regularly exports goods to the U.S. valued between $440 billion and $500 billion, but only imports $120 billion to $130 billion of U.S. goods, for a net surplus exceeding $300 billion. China has taken advantage of U.S.-originated terms of trade to the benefit of Chinese companies and U.S. multinationals.

If the Trump Administration continues to threaten and engage in retaliatory reactions by bullying trade partners, China will undoubtedly engage in a trade war, given its intent to be a dominant military and economic power. This threat has significantly unsettled grain and other farm markets.

China has been a top importer for U.S. soybeans. Brazil, which has out-produced and out-exported soybeans vis-à-vis the U.S. over the past five years, is eager to step into that market share and has the potential to dominate, particularly in light of their longer growing season and investment in infrastructure. Argentina’s export of soybean meal is another major competitor.

The chart below shows U.S. major grain exports (in units of U.S. $1 million over 11 years, between 2006 and 2016). Soybean exports are predominant. No other grain or related product, other than feed (inclusive of DDGs) and other feed grains (oats, barley, sorghum) seems to have significantly increased export sales.

U.S. soybean exports to China were down 21 percent in June, compared to the previous year, and exports to all countries were down 6.4 percent. Exports of soybean oil, which in 2017 accounted for 15 percent of total U.S. soybean oil exports, dropped 99 percent. Sales of soybean meal are non-existent. Likewise, sales of pork to China, which in 2017 accounted for 8 percent of U.S. pork exports, have dropped year-on-year (for the marketing year beginning Jan. 1, 2018) by 58.1 percent.

China’s tariffs of 25 percent on soybeans have weakened all grain markets. U.S. corn exports declined only marginally by 4.1 percent, since China has not imposed tariffs on that commodity. Mexico, the United State’s largest importer, has not yet imposed tariffs on corn and actually increased purchases by 7.9 percent.

U.S. domestic market prices on the Chicago Board of Trade Futures have seen significant drops for all grains, especially soybeans. A University of Illinois model forecasted 2018 soybean prices at $8.85/bu moving to $9.00 for 2019, based on USDA-forecasted prices before tariffs. The futures market for new crop soybeans, however, had dropped already to $8.48/bu on July 11. In eastern Wisconsin, with an $0.80 basis, new crop soybeans can only be sold for $7.68, well below the cost of production most growers. With futures’ new crop corn having a $0.60 basis in eastern Wisconsin and a market price of $2.93/bu, virtually all farmers are significantly under water, and even low-cost farmers can expect to lose $50/acre, or more.

Mexico imports the second most soybeans from the U.S. The chart above (units of US $1 million for an 11-year period) shows Mexico is Wisconsin’s biggest export market for soybeans and oilseeds ($279.7 million in 2016). Wisconsin’s soybean exports to Mexico grew from nothing in 1996 to $176.3 million in 2017 while oilseed exports grew from $2.9 million to $103.4 million for the same period. Mexico is the largest importer of U.S. corn and also a major importer of wheat, cheese, and cotton.

Wisconsin cranberries and ginseng are also adversely impacted by tariffs.  Cranberry products have tariffs of 25, 20, 40, and 10 percent by the European Union, Mexico, China, and Canada, respectively.  Ginseng is taxed at 25 percent by China, where most U.S. ginseng is exported.

Wisconsin Farmers Union opposes the use of tariffs to address trade imbalances. Existing trade agreements need only limited amendment and should not be terminated.

The potential for a long-term trade war with respective retaliatory tariffs is probable given the belligerent approach adopted by the Administration. Farmers and the agricultural industry will once again be the goat and the dupe, as they are already, in these trade disputes. Crop insurance will only partially cover losses for a limited period. The $12 billion allotted as aid to farmers impacted by the tariffs is a short-term fix to a long-term problem. These tariffs will only exacerbate already weak markets and reduce the number of farms and farmers on the American landscape.