Home » Blog » News » Fairest of the Fairs Hard at Work 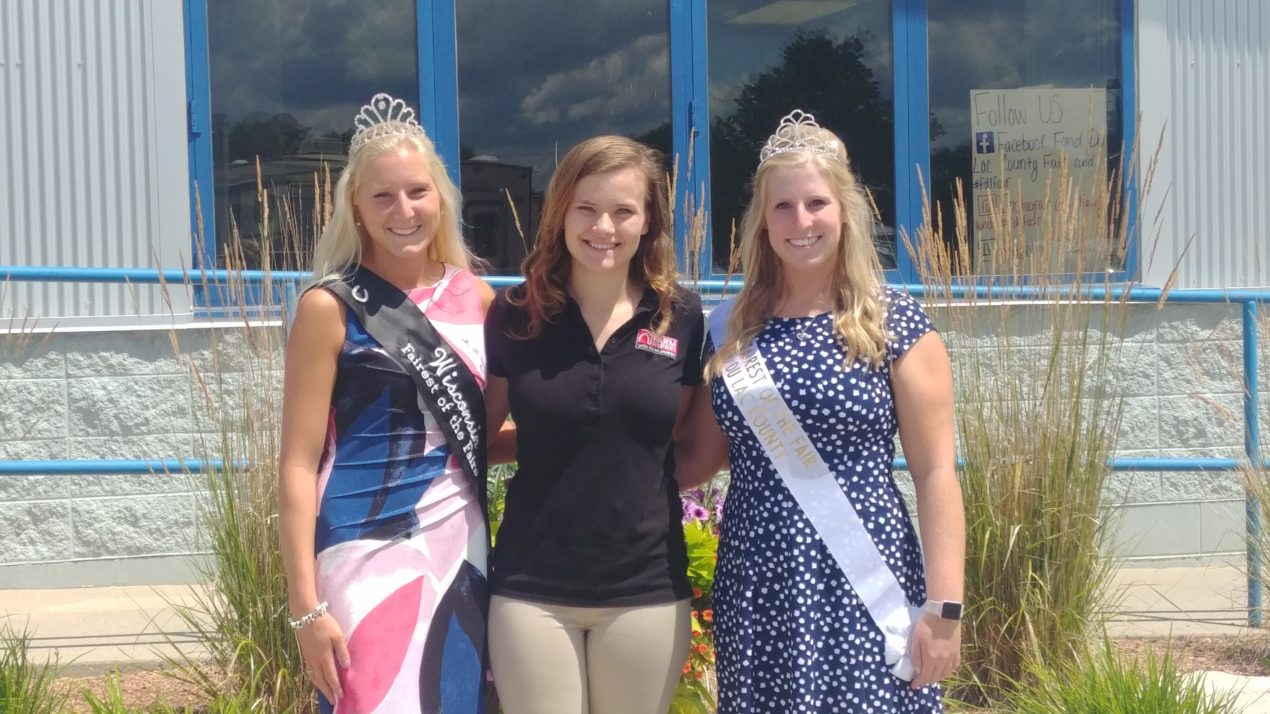 Yesterday, Emily Franke was crowned the Fond du Lac County Fairest of the Fair. The UW-Madison student hit the ground running, talking with fair goers (many urban) about agriculture, showing the State Fairest around the grounds, and helping keep the show running. She had dreamed of the crown since her show days, which consisted of horses, dairy, pigs, and one steer. Her family owns a 500 acre cash crop operation, so she’s versed in crop and animal agriculture.

While her agriculture background was what drove her passion for the fair, she stressed that one need not be born in agriculture to participate. “There’s something for everyone!” she said. Some of her best friends have never shown animals but submit artwork, science projects, food dishes, photographs, and more.

She told Bobbi Jo about her goals for the future. Short-term: to get a record number of people to the fair. Long-term: dual-degrees in Dairy Science and Ag Business.

Stopping by was State Fairest of the Fairs Isabella Haen, who travels across Wisconsin to county fairs. Isabella was crowned in January, so she is halfway through her term. Of course, the couple months of fair season are the highlight of her year of service. She spent winter and spring helping promote the fairs and volunteering at community events. The other part of her job is educating those who don’t know about fairs or the Fairest program.

She pointed out that Fairests can be boys! And she encourages them to apply too.

Isabella got involved in 4-H and working on dairy farms. Her whole family shows beef cattle. While they sold the dairy cattle in 2000, she continued to work on farms and is now a herdsperson at one she worked at.

Fairest of the Fairs is a public figure, one that happens to look like a princess. Isabella recalled a little boy who ran up to her and wanted to tell her about his dog, who was from a shelter and abused before his family got it. He now shows the dog at the fair. Moments like that touch her heart, she said.