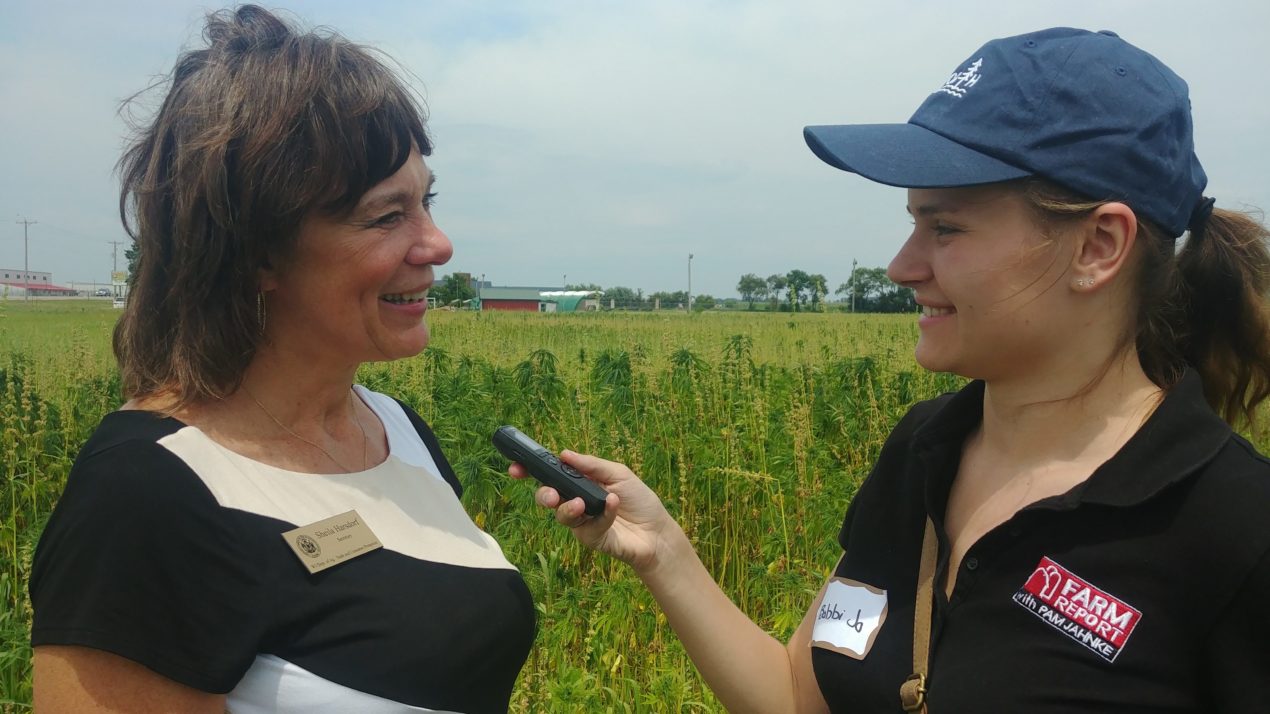 Summer means toil for farmers, and gleaning off that are the power in government. DATCP Secretary Sheila Harsdorf attended a field day in Janesville, WI, where Bobbi Jo interviewed her on the latest in Madison.

A largely regulatory department, DATCP played a significant role in the return of industrial hemp to Wisconsin fields. Secretary Harsdorf spoke highly of her team as they put in extra hours to get the legislation passed. While common in the 1950s, hemp is new to the market again. It has some challenges yet before it, but the secretary is confident farmers will put in the work.

She said the ambition of her department is to give farmers the tools they need to succeed and let them do the rest. She said all farmers usually need to get on their feet is a little incentive. She’s been in agriculture all her life, born on a farm in Minnesota and holding a Bachelor’s in Animal Science