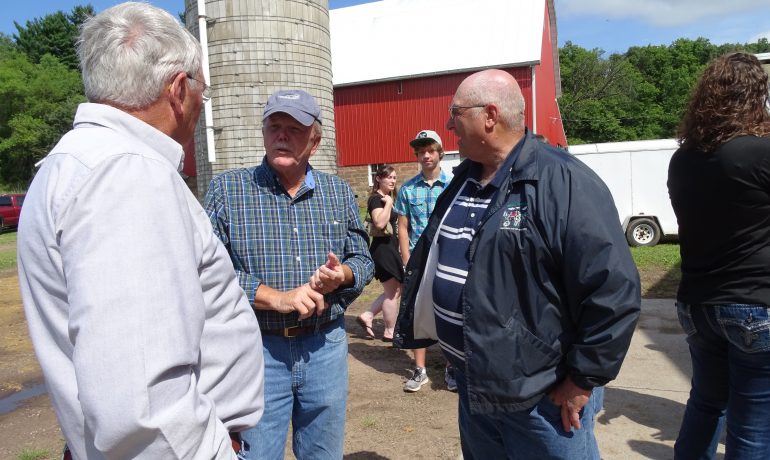 André Jacque of De Pere has been endorsed by the Volunteers for Agriculture (VFA) Committee for the 1st Senate District. VFA is the political action arm of the Wisconsin Farm Bureau Federation.

The 1st Senate District includes Door and Kewaunee counties and portions of Brown, Calumet, Manitowoc and Outagamie counties. Jacque is a Republican seeking an open seat.

“Our local farmers who interviewed the candidates recognized that Jon’s willingness to listen and keep an open mind on key agricultural issues will be a valuable asset to farm families in the district,” said Richard. “Jon is well prepared to tackle the tough conversations on local transportation funding, rural broadband investment and creating opportunities for the next generation of farmers.”

The Volunteers for Agriculture Committee is comprised of 18 farmers from across the state and was formed to give farmers a more direct role in electing leaders who best represent agriculture’s interests.