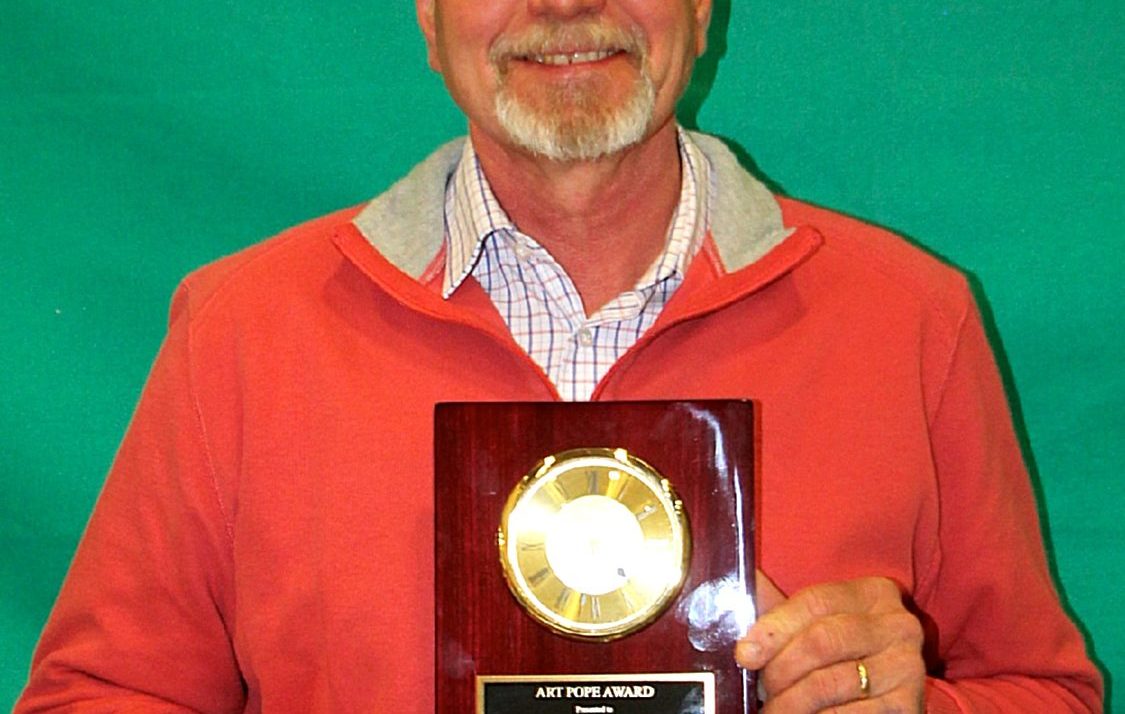 Following completion of his PhD in ruminant nutrition at the University of Wisconsin-Madison in 1990, Jeff Held moved on to become Professor and South Dakota State University (SDSU) Extension Sheep Specialist where he has been integral to that state’s sheep industry for nearly three decades. Held was presented with the Art Pope Award at the 2018 annual meeting and recognition dinner of the Wisconsin Sheep Breeders Co-op by WSBC Director Steve Bingen. The award recognizes active involvement within and exceptional service to the industry over many years, both within Wisconsin and nationally.

Son of Elmer and Etta Held of Oakfield, WI, he learned the industry from the ground up, shearing sheep in high school and college to earn money which in turn nurtured his interest in connecting with producers. “My experience growing up on a sheep operation and involvement in 4-H…led me to a career,” Held acknowledged, who serves as an Animal Science Professor at SDSU and continues to be actively with wife Mary and sons Aaron and Austin in the family’s nationally recognized Hampshire and Southdown flocks. Early in his tenure at SDSU he established a shearing clinic and later helped launch the annual Newell ram test. He is also credited with beginning the Lamb Bonanza, a scholarship program that showcases the support by SDSU of lamb and wool production in the state. South Dakota ranks sixth in sheep production in the country, something Held attributes to a strong interest by producers in infrastructure and a determination to make genetic improvements. He was presented with the Shepherd’s Award in 2013 by the South Dakota Sheep Growers Association for his contributions to that state’s sheep industry. He has also worked closely with that state’s producers through the Pipestone Lamb and Wool Program and is a member of their Hall of Fame. Held has been a presenter at the Wisconsin Sheep & Wool Festival, has judged the Wisconsin State Fair and most recently judged the All-American Junior Show held in Madison in 2017.

The Pope Award was established in 1995, named for Dr. A.L. Pope, a member of the University of Wisconsin-Madison Department of Meat & Animal Science faculty for 43 years and a long-time and respected breeder of purebred Hampshires. Pope retired to emeritus status in 1993. Nominations for this recognition are not limited to Wisconsin residents. For more information on the annual awards sponsored by the Wisconsin Sheep Breeders Cooperative, refer to www.wisbc.com.