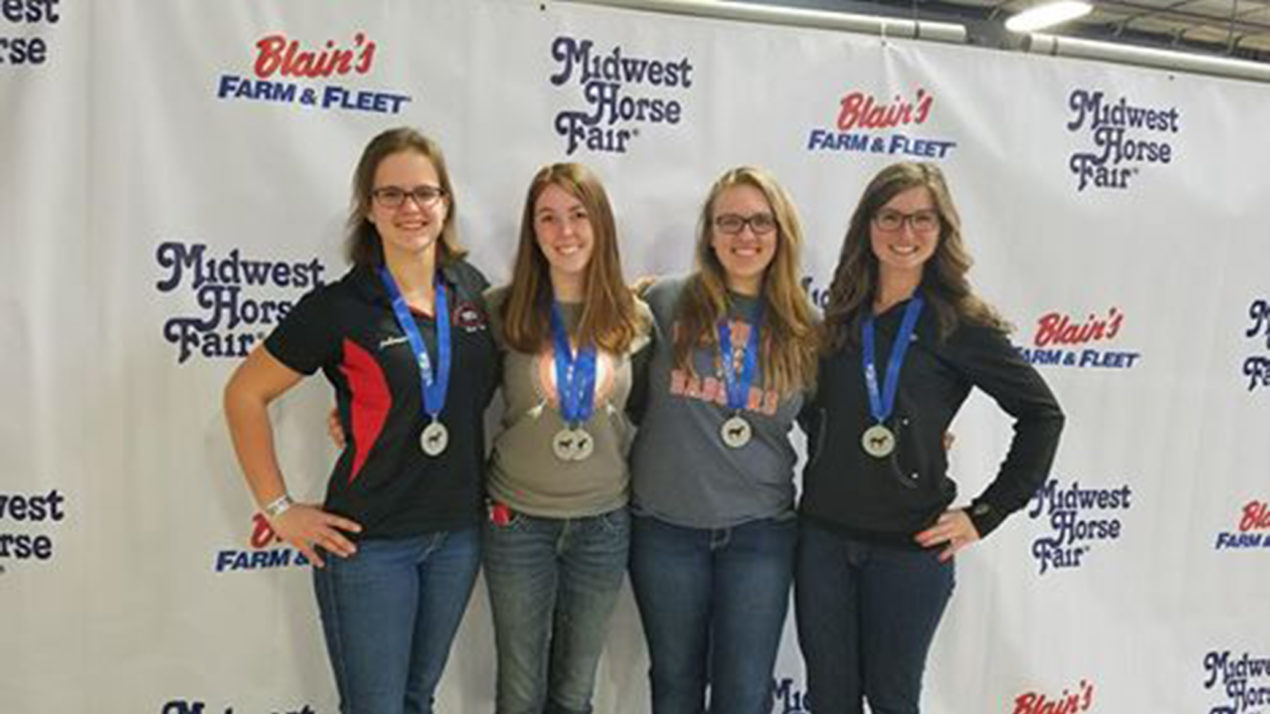 The University of Wisconsin-River Falls Horse Judging Team earned top placements at the Midwest Horse Fair Judging Competition in Madison April 20. The team earned first place in the Seniors Team Division and team member Vicki Payne also won first overall in the Seniors Individual Division. The competition was based on two halter and two performance classes, questions about those classes and a general equine-focused written exam.

The team, under the direction of animal science Assistant Professor Casie Bass, consisted of the following animal science-equine majors: Johanna Etlicher of Colgate; Vicki Payne of Plymouth; Becky Lyons of Madison; and Kayla Oelhafen of Allenton. Etlicher, Lyons and Oelhafen graduated May 12. Payne is a senior.

The UW-River Falls Horse Judging Team had been out of commission for several years until Bass re-established the team this year. The new team began the 2017-18 school year with their first competition at the AWHA Luscas Oil World Championship in November 2017, placing 11th out of 19 teams. The next competition was the Midwest Horse Fair. Bass hopes to include additional judging competitions in the fall such as the All-American Quarter Horse Congress Collegiate Judging Contest.

Bass joined the Animal and Food Science Department in 2015. In addition to her teaching schedule and coaching the UWRF Horse Judging Team, Bass also serves as the academic adviser for approximately 50 students, the faculty adviser for the Association of Women in Agriculture (AWA) and is a mentor to several students for research projects.