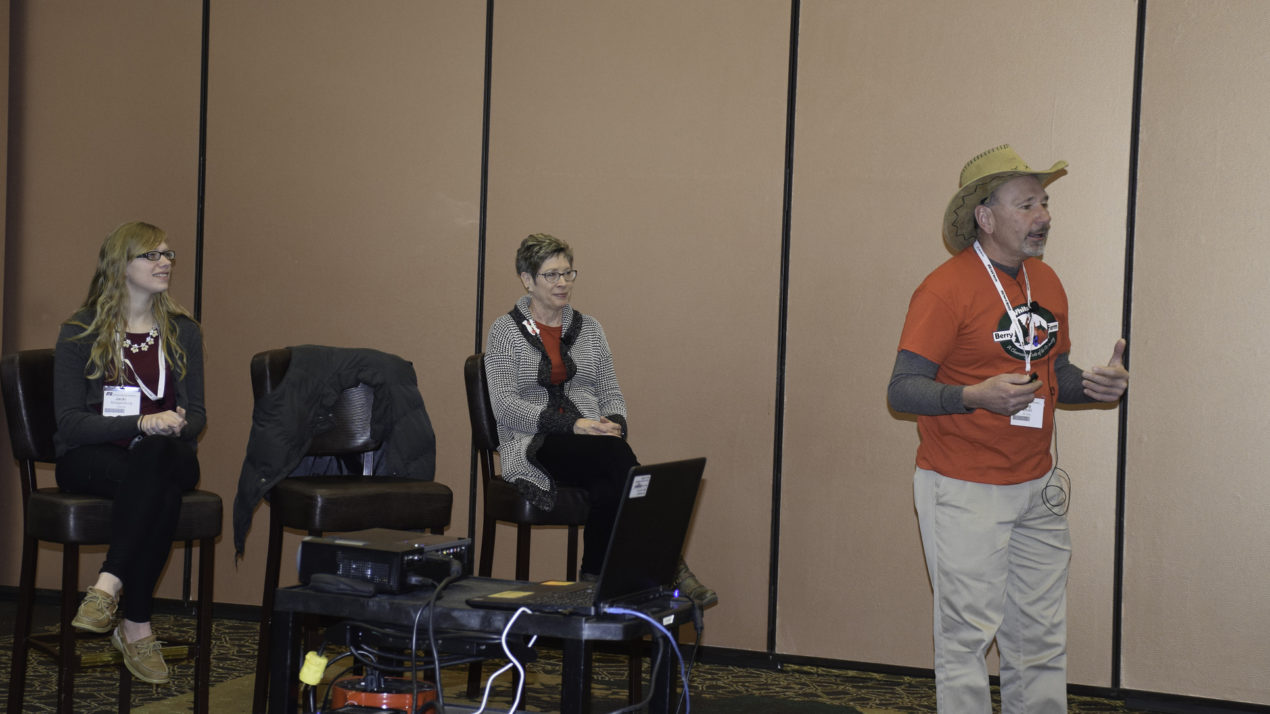 The conference began on April 5 with New Mexico Farm and Livestock Bureau’s Executive Vice President Matt Rush. Rush talked about the “snake in your bumper” which explained the challenges people face but may keep hidden. The evening banquet’s speaker was Indiana farmer Damian Mason who entertained the audience with his humorous views on farming and food.

The conference offered four tracks: policy, issues and advocacy; governance and organization, building Farm Bureau and communicating for agriculture and Farm Bureau. Attendees could follow a certain track or divide their time between multiple tracks. More than 20 breakout sessions were offered. Sessions included updates on the 2018 Farm Bill and trade, consumer outreach tactics, member recruitment and many more.

“The breakout sessions at the IGNITE conference were great,” said Jackson County Farm Bureau member Darby Sampson. “Along with bringing back a new idea for our Ag in the Classroom program, I also learned that our county Farm Bureau needs to be more involved with local issues and work closer with county and town boards.”

During the morning general session on April 6, Wisconsin Department of Agriculture, Trade and Consumer Protection Secretary Sheila Harsdorf shared her insight on the current state of Wisconsin’s agricultural economy. The conference ended with Virginia farmer and motivational speaker Matt Lohr who inspired attendees to “lift the limits.”

The next IGNITE conference will be held March 26-27, 2020, at the Madison Marriott West in Middleton.