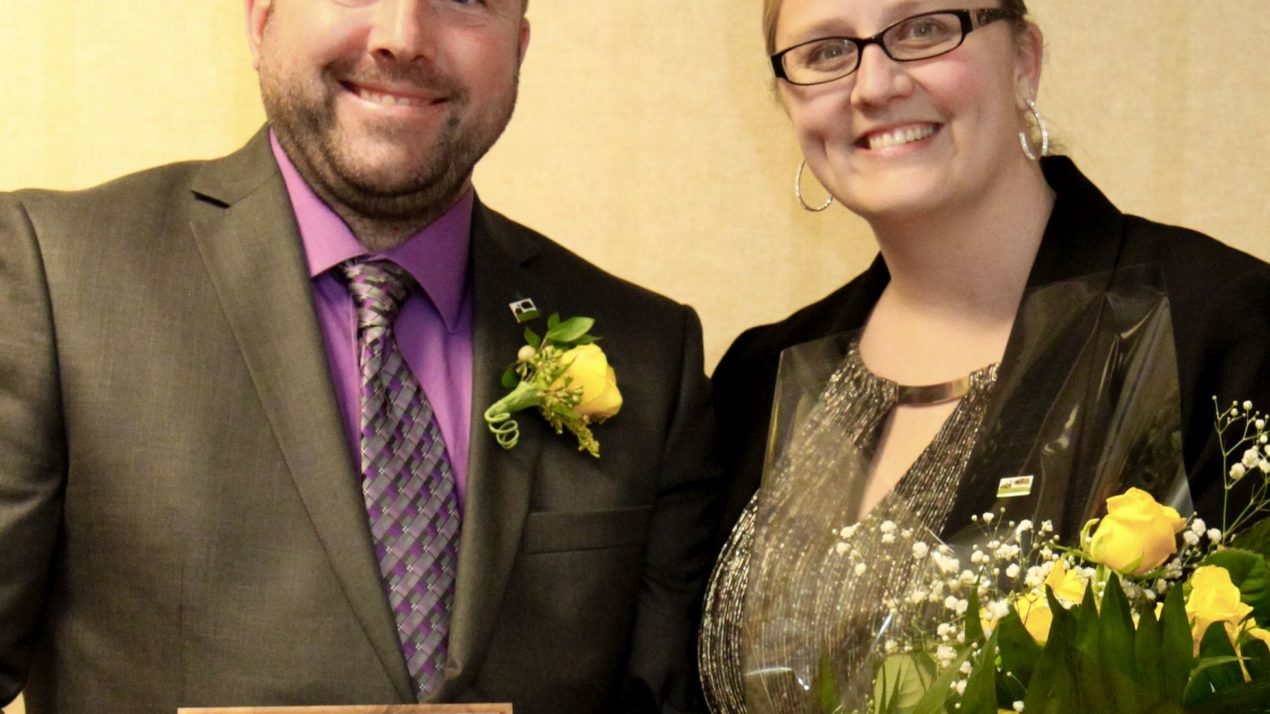 The 2018 National Outstanding Young Farmers (OYF) annual Awards Congress in Sacramento, CA concluded this weekend and Sam & Jenn Zimmerman, from Ringle, were among the four national winners!  That’s the 19th time Wisconsin has had a national winner!

The Zimmerman’s operate ON-Q Holsteins which consists of 165 milking cows and 180 Holstein heifers and operate 450 acres. The use of genetic testing, embryo transfer, in-vitro fertilization and the use of sexed semen, have allowed them to isolate the “elites” in their herd and grow the genetics very quickly. This has produced cows scoring excellent, a recent Dam of Merit, 2016 progressive genetics award winner from the Holstein Association, and 5 embryos being exported to France.  They have four children.

Three other national winners were: Robby and Stephanie Bevis from Arkansas, Ian and Val Plagge from Iowa, and Nick and Sunny Cummings from Ohio.