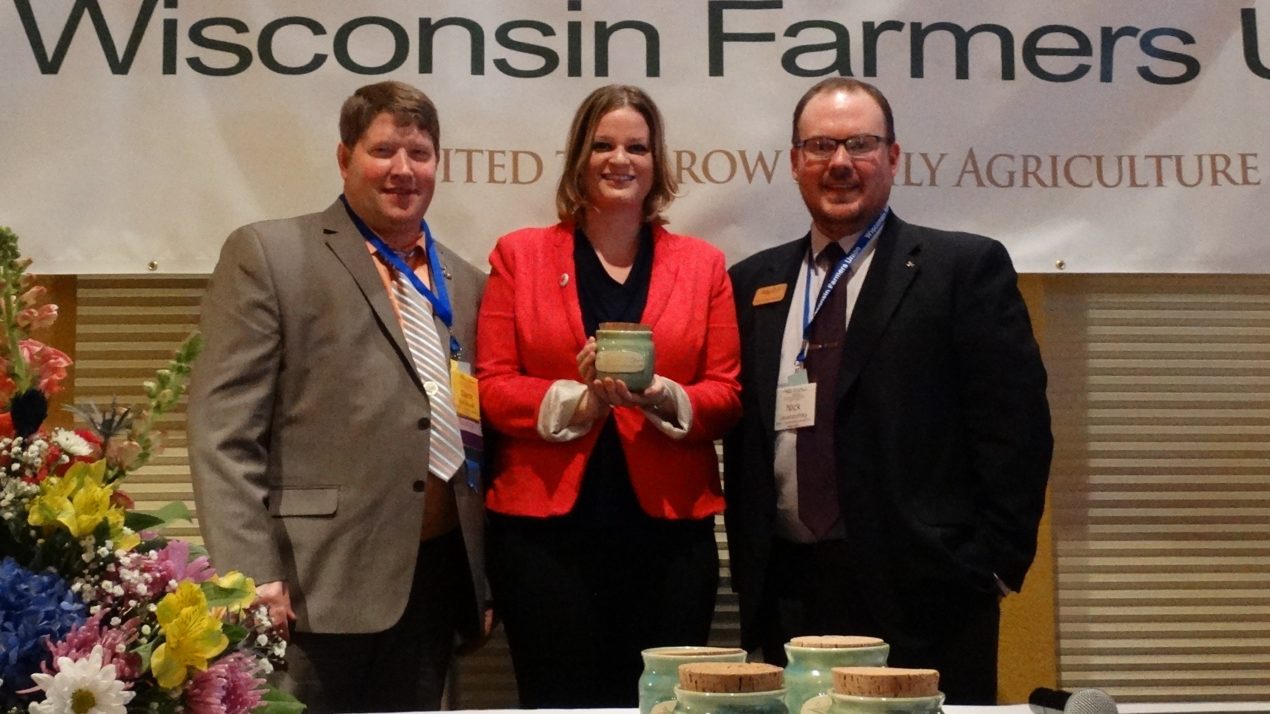 “Wisconsin Farmers Union instituted the Friend of the Family Farmer award in order to recognize the exceptional contributions of individuals who go above and beyond in tackling the tough topics facing rural Wisconsinites,” said WFU President Darin Von Ruden. “This year’s Friends of the Family Farmer have been hard at work connecting family farmers to the resources that will help make their farms successful and also making sure the voices of Wisconsin farmers and rural residents are heard.”

This year’s recipients include Rep. Katrina Shankland (D-Stevens Point) and the Pheasants Forever of Wisconsin Farm Bill Biologists who collaborated with Farmers Union on Women Caring for the Land programming around the state in 2017, including Becky Brathal, Tally Hamilton, Gretchen Oleson and Julie Peterson.

Rep. Katrina Shankland was elected to the Wisconsin State Assembly in 2012 and was re-elected in 2014 and 2016. She lives in Stevens Point and represents Wisconsin’s 71st Assembly District, which covers Portage County in Central Wisconsin. In the Assembly, Rep. Shankland serves on the Joint Committee on Finance, the Assembly Committee on Rural Development, the Governor’s Council on Workforce Investment, and the Wisconsin Environmental Education Board. She previously served as the Assistant Assembly Democratic Leader.

“Rep. Shankland is a strong advocate for clean government, investing in our schools and protecting our shared natural resources,” said WFU Government Relations Associate Kara O’Connor. “During her time in office she has given a voice to central Wisconsin and has been an ally on many rural issues.” 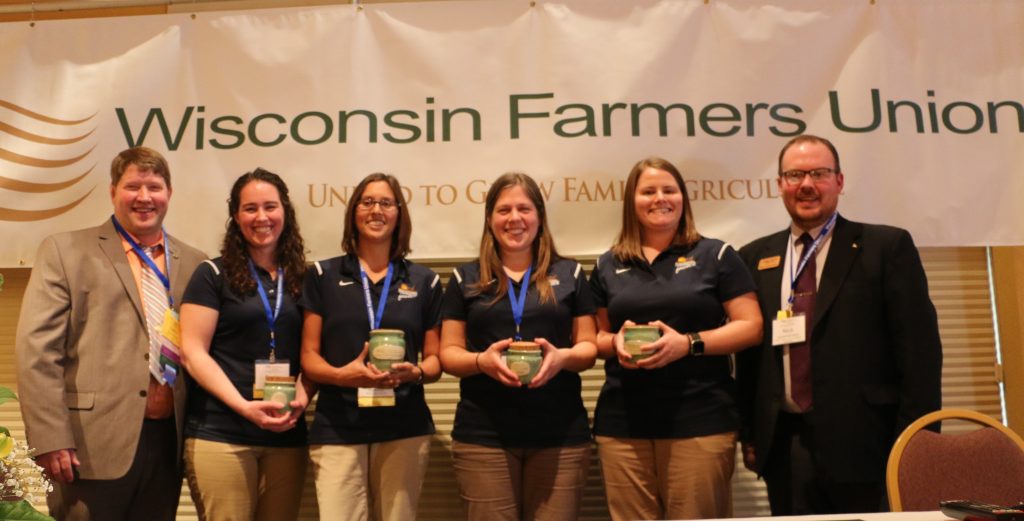 Pheasants Forever is dedicated to the conservation of pheasants, quail and other wildlife through habitat improvements, public awareness, education, and land management policies and programs. In 2017, Wisconsin Farmers Union was pleased to partner with Pheasants Forever to host Women Caring for the Land workshops around the state. The Women Caring for the Land conservation training model was established by the Women, Food and Agriculture Network.

“What we discovered was an incredible group of colleagues with a passion for conservation and for connecting farmers and landowners with the resources needed to conserve and better the wildlife habitat and soil biology on their land,” said WFU Communications Director Danielle Endvick. “We’re excited to honor this energetic group for their efforts in education and conservation projects across Wisconsin.”

WFU is honoring the Farm Bill Biologists who helped make the Women Caring for the Land events a reality: Becky Brathal, Tally Hamilton, Gretchen Oleson and Julie Peterson. The women are part of a team of biologists who cover Wisconsin and are specialized consultants in conservation programs and habitat planning. The purpose of Farm Bill Biologists is to assist landowners in designing, developing, and funding habitat improvements on private lands. Through a unique partnership, the biologists are located in local USDA service centers in priority habitat areas.

WFU and Pheasants Forever plan to team up to host more Women Caring for the Land events around the state in the summer of 2018.