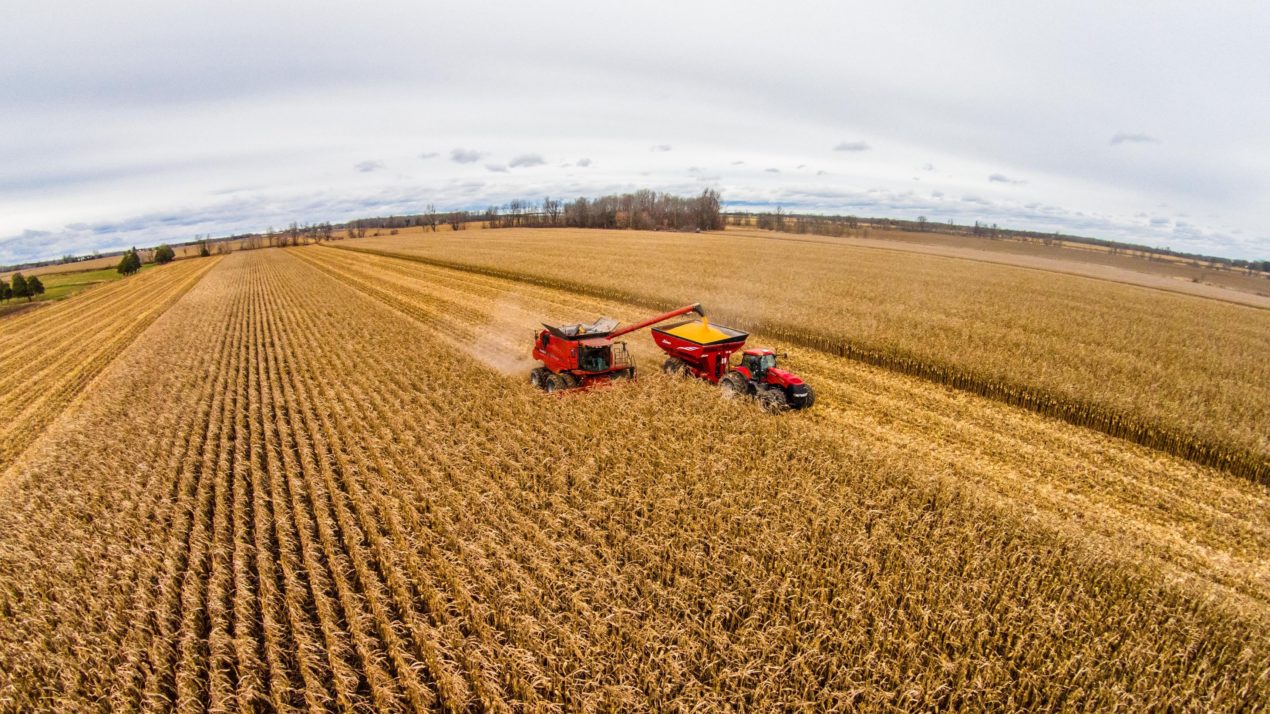 There’s a lot of Wisconsin farmers not complaining about the mild weather dominating the state!  Especially those growers that still have acres of corn standing waiting for attention.

According to the Wisconsin Ag Statistical Service in their final report of the year, some farmers were being surprised by corn yields that were equal, or larger than last years harvest!

Soybean harvest was reported at 96 percent complete, 10 days behind the average.