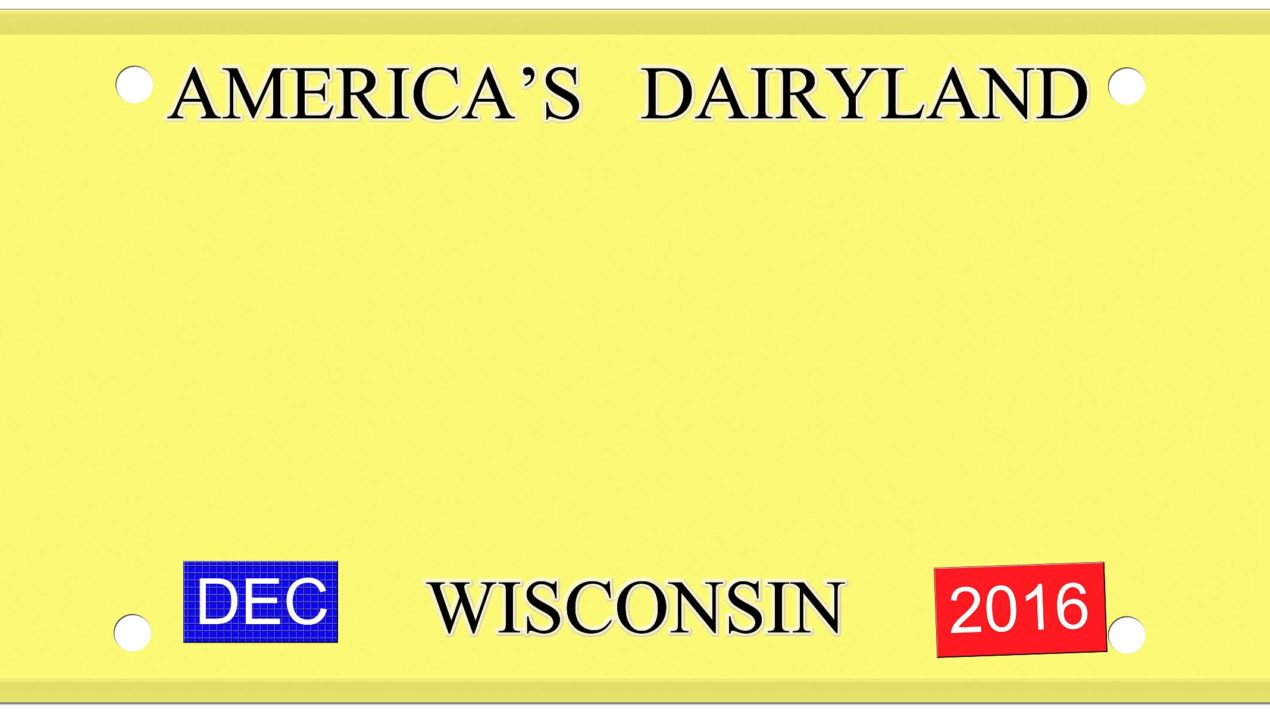 Legislation moving at the state capitol to remove the long standing phrase “America’s Dairyland” from Wisconsin license plates will have to overcome one big obstacle before it happens.  The governor!

In a conversation with Farm Director, Pam Jahnke, of the WI Farm Report Radio Network, Walker spoke clearly that there’s “no way” it will happen if he has a part in the decision.  Walker to #FabFarmBabe that Wisconsin’s agriculture is not only about the states heritage, it’s economsy, and agrotourism – it’s also all about thing like food processing which combines agriculture and manufacturing.

Listen to his specific comments on the license plate idea here:

The proposal currently trying to gain momentum at the state capitol would remove “America’s Dairyland” and replace it with some phrase that promotes Wisconsin’s manufacturing base.  Kurt Bauer, executive director of Wisconsin Manufacturers & Commerce, has suggested that the state needs to reimagine their identities for the 21st century – a century that will likely include Foxconn, a proposed $10 billion campus for tech development efforts in south east Wisconsin.  He’s mentioned the phrase “Forward” might be suitable.

“America’s Dairyland” has been on Wisconsin license plates since 1940.

The governor also made comment about his new appointment, Sheila Harsdorf, as Wisconsin Agriculture Secretary, and his upcoming plans to join hunters in the woods for the beginning of the state’s gun deer season.

His full conversation with Pam Jahnke is here and can be heard across her WI Farm Report Radio Network stations.