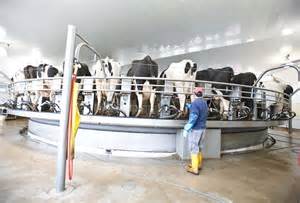 It doesn’t happen often, but in July, Wisconsin’s milk price slipped below the national average.

Wisconsin farmers received an average price of $17.10 per hundredweight (cwt), or about $1.47 per gallon at the farm gate,  for their milk in July 2017 according to the latest USDA, National Agricultural Statistics Service – Agricultural Prices report. This was 80 cents lower than last month’s price but 40 cents higher than last July’s price.

The U.S. milk price for July was $17.30 per cwt, 20 cents higher than Wisconsin’s price but the same as last month’s U.S. price. Eight of the 23 major milk producing states had a lower price when compared with June, 14 states had a higher price, and one state, Colorado, was unchanged. Despite an increase of 20 cents per cwt, Michigan had the lowest price in the nation, at $16.00 per cwt.