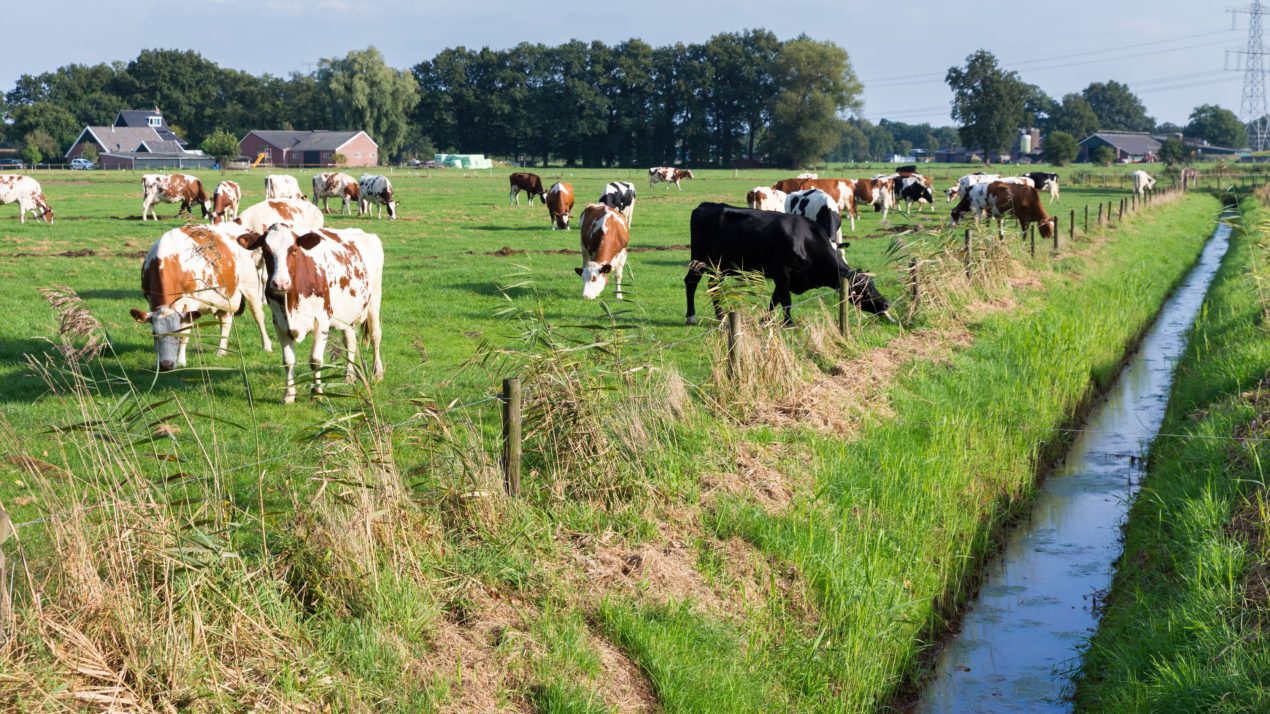 Farm Director, Pam Jahnke, brings you more details with John Holevoet Director of Government Affairs with Dairy Business Association, after they filed a lawsuit in a Brown County court against the Wisconsin Department of Natural Resources.  DBA’s press release is below:

Standing up for hundreds of dairy farmers across Wisconsin, the Dairy Business Association is demanding that the state rein in the Department of Natural Resources for overreaching its legal authority on key regulations.

The dairy group on Tuesday filed a lawsuit against the DNR that centers on how the agency implements new regulations without going through an approval process required by state law.

The lawsuit deals specifically with one example of this pattern of unlawful behavior: changes to how farmers manage rainwater that comes into contact with feed storage or calf hutch areas. Those changes, in which the DNR abruptly abandoned its own earlier directives, are causing costly fixes and still more uncertainty for farmers.

“We’re not looking for a free pass on regulations. We’re asking the DNR to follow the rules,” said Mike North, president of the association. “The agency clearly is overstepping its legal boundaries on this and other issues.”

For years, the DNR encouraged farmers to build what are called vegetative treatment areas (VTAs) where the water is safely and naturally treated to prevent runoff and protect water quality. In 2016, the agency suddenly did an about-face and began requiring farmers to collect all the water and add it to manure pits for spreading on fields.

The move circumvented Act 21, which requires agencies to follow a specific method of rulemaking based on public transparency and lawmaker oversight. The lawsuit seeks to stop DNR’s ongoing efforts to skirt the formal rulemaking process.

“Farmers are not above the law. The Department of Natural Resources shouldn’t be either,” North said.

The reversal on VTAs is causing farmers to spend millions of dollars on new storage lagoons and calf hutch improvements, creating confusion and uncertainty, and actually increasing the risk of pollution, he said.

“The DNR — unfairly, unnecessarily and illegally — is putting the livelihoods of dairy farm families at risk,” he said. “They need to be treated fairly and provided with predictability in order to run their businesses successfully.”

The lawsuit also addresses a farm’s duty to apply for a permit. Despite a state law that binds the DNR to federal standards, the DNR has incorrectly adopted its own contradictory requirement. North said the hope is the lawsuit will result in a harmonization of state and federal law, while still providing for environmental oversight of farms.

“Dairy farmers are committed to doing the right thing for their cows, their communities and the environment,” he said. “Now, we need the DNR to do the right thing in regulating our farms.”

Moreover, North said, “This lawsuit is about more than VTAs and calf-hutches; it is about preventing the DNR from ignoring the law.”

“And this affects more than farmers,” he said. “Many businesses and others who deal with the DNR are frustrated as well. All of us — the public — should be concerned when a state agency exceeds its authority. There is a tremendous amount at stake.”

MORE ABOUT THE ISSUE

For years, the Wisconsin Department of Natural Resources encouraged farmers to build vegetative treatment areas (VTAs) on farms to land treat rainwater that comes into contact with feed or waste from calf hutches.

In spring 2016, the agency abruptly abandoned the practice and began requiring farmers to collect all that water and add it to manure pits for spreading on fields. While that position has since softened, the general stance is in favor of significantly more collection and against the use of VTAs.

Despite claims by the DNR that it’s following directives from the U.S. Environmental Protection Agency, the collection of water in this way is not required by federal law.

What is a VTA?

As defined by the U.S. Department of Agriculture’s Agricultural Research Service (www.ars.usda.gov), a vegetative treatment area is “an area of planted or indigenous vegetation situated down slope of cropland or animal production facilities that provide localized erosion protection and contaminant reduction. Planted or indigenous vegetation preferably includes perennial vegetation including forages, grasses, or pasture. These crops are used to treat runoff through filtration, evapotranspiration, adsorption, settling and infiltration.

What does the science say?

There is no scientifically sound reason to believe that the DNR’s reversal on VTAs will improve the environment. The research is incomplete. Water sampling was conducted on a very limited number of farms. The samples looked at whether rainwater was leaving the vegetative treatment area or calf hutch area, but not whether it was actually reaching a navigable surface water or harming ground water.

Drastic increases in the amount of liquid that farmers need to apply to fields during Wisconsin’s very narrow windows for spreading (spring and fall) will increase — not reduce — the risk of runoff.

What is at stake for farmers?

Farmers will need to spend millions of dollars on new storage lagoons, calf hutch area improvements or calf barns. Farmers are willing to invest in scientifically sound practices to benefit the environment, but these changes are likely to have the opposite effect. Additionally, with low milk prices and a tightening farm credit market, the compliance costs could be out of reach for many.

Not only do these new requirements harm existing users of these systems, they create uncertainty for farmers who want to grow or make other improvements to their facilities.