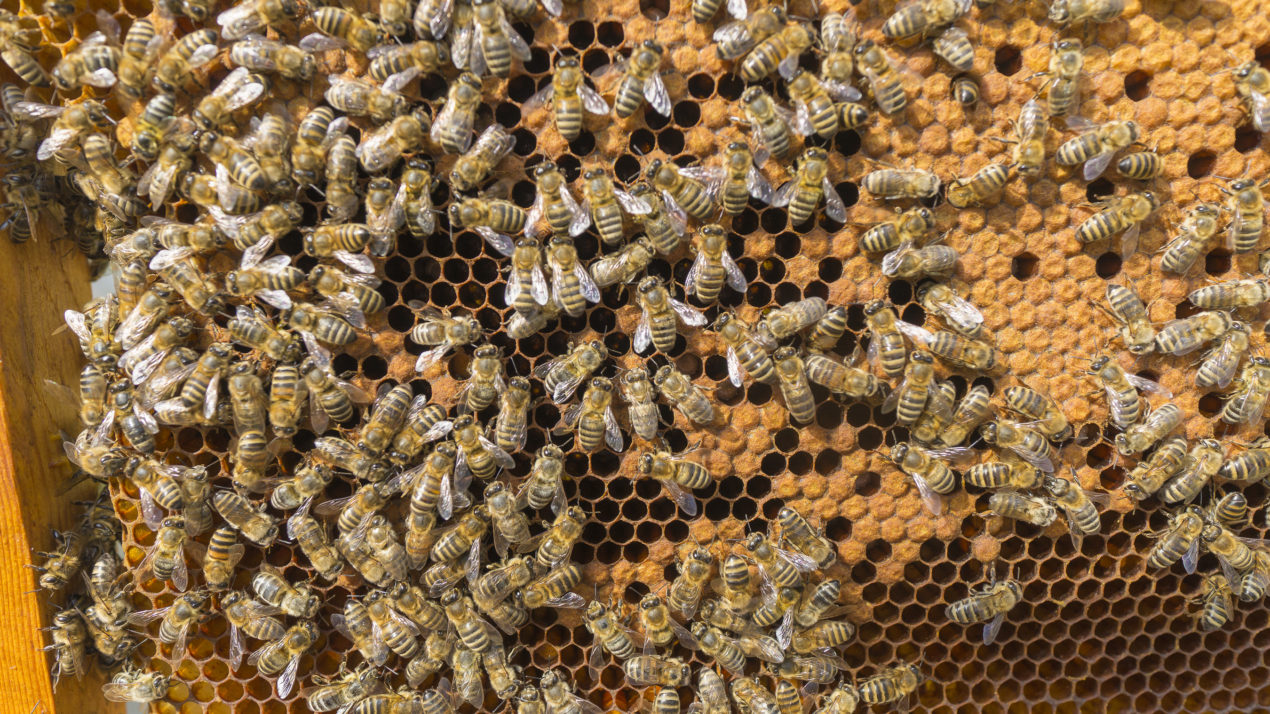 Although Wisconsin honey producers are feeling better about their bees – they’re still facing some challenges with an insect that’s attacking their hives.

According to the Wisconsin Ag Statistical Service, honey bee colonies for operations with 5 or more colonies in Wisconsin as of April 1, 2017, totaled 18,000 colonies. This is 3 percent below the 18,500 colonies on April 1, 2016. Producers boosted their April 1 inventory by moving colonies into Wisconsin and adding colonies to a maximum of 65,000 during the April-June 2017 period. The quarter of April-June 2016 had the largest maximum number of colonies, with 78,000, while January-March 2016 had the smallest maximum number of colonies with 21,000.

Honey bee colonies lost for operations with 5 or more colonies for the April-June 2017 quarter was 2,900 colonies or 4 percent. This was the smallest loss in the last 6 quarters and was down 47 percent from last year, and 34 percent below last quarter. The quarter of July-September 2016 had a loss of 12,000 colonies, the highest honey bee colony loss of the 6 quarters.

Varroa mites were the number one stressor for operations with 5 or more colonies during all 6 quarters surveyed. Producers reported that varroa mites affected 13.7 percent of Wisconsin’s honey bee colonies for the quarter of April-June 2017. The quarter of October-December 2016 showed the highest percentage affected by varroa mites at 69.3 percent.