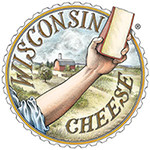 At the Wisconsin Milk Marketing Board (WMMB) annual reorganization meeting held recently, WMMB directors elected officers to lead the organization through the next fiscal year, which began July 1 and will conclude June 30, 2018.

Additionally, David Bangart (Greenwood, District 7) was elected to serve as Chair of the Center for Dairy Research (CDR) liaison committee. WMMB continues to support the efforts of the much-respected CDR through funding, research, collaboration and technical support.