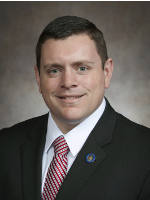 Wisconsin has a long and rich history is hemp production, even being recognized as the largest hemp producing state years ago. WI farmers rallied behind the war effort during WWI and WWII producing hemp that was made into ropes and uniforms for our soldiers. In the mid 1930’s the production of industrial hemp was made illegal which crippled Wisconsin’s thriving hemp production and manufacturing industries, but with the passage of the 2014 Farm Bill states were once again allowed to begin running hemp research programs. Today more than thirty states have made hemp production legal and Wisconsin is poised to be next.

Wisconsin Rep. Jesse Kremer of the 59th Assembly along with Senator Patrick Testin of the 24th Distict have begun circulating a bill to legalize the production of hemp here is Wisconsin. Hemp is a form of cannabis that does not have large amounts of THC and does not produce a high. Hemp can be used in the production of many different products including textiles, paper, construction materials and food products.