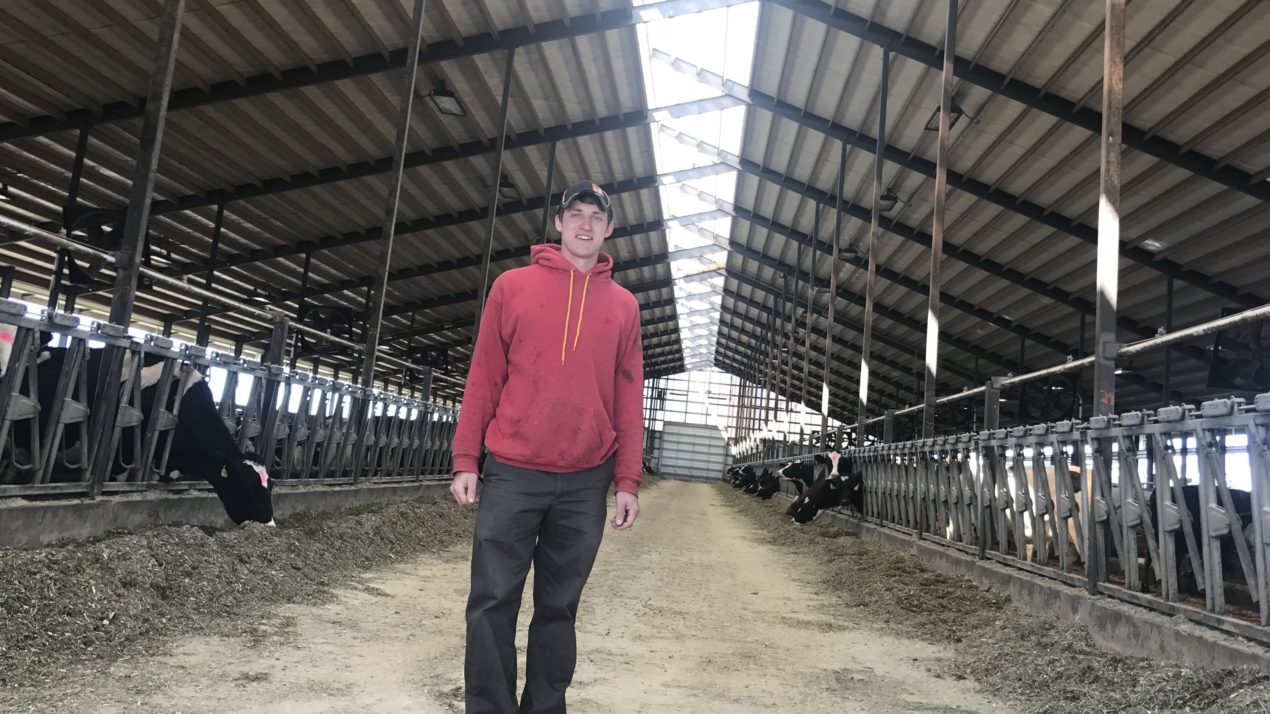 The idea of a family farm is not new; in fact the majority of all farms across the country are just that, family owned. Most people would think that family farm means father and son (s) but that’s not the case for the Tranel family of rural Cuba City. Four cousins have come together to make the family operation a success. Bryant sat down with one of the owners, recently. As you can imagine like many early spring days around the farm, mud was in abundance and there were traces of where a tractor has just driven. But the cows that call Tranel Family Farms home were just as happy as could be, dry and cool with plenty of fresh feed in front of them to enjoy. Josh Tranel enplaned that him and his cousin’s concentrate on each other’s strengths to make sure the different jobs around the farm are done and done right. Josh says that he takes care of the nutrition work and reproduction, while another of his cousins concentrates on managing the finances and looking after the books, while still another tends to the crops. Tranel’s partner and cousin Travis is a Wisconsin State Representative which keeps him even busier and Josh says he would not want his schedule. Josh explains that too many people worry about their weaknesses while at Tranel Farms they concentrate on each other’s strengths and pitch in to help each other with those tasks they need additional help with.

The farm currently has around 300 cows in production but looking around the farm there is obviously an expansion in the works, as the family plans to grow to around 600 cows by Christmas. The Family markets there organic milk though Organic Valley Co-op and even though some conventional co-ops are not taking any more milk or producers, Organic Valley was “onboard” with the Tranel Family expansion as they want to work with younger progressive producers like the Tranel band of cousins.

Josh explains that after going to college for a time he knew in his heart that he wanted to be on the farm, in fact he explains he needed to be on the farm, working outside with the animals and being his own boss. Tranel says that with the expansion there could be room for more of his family to come into the operation as his goal is to continue the family farm and provide for his family and provide opportunities to other cousins and family members if they want to farm too.