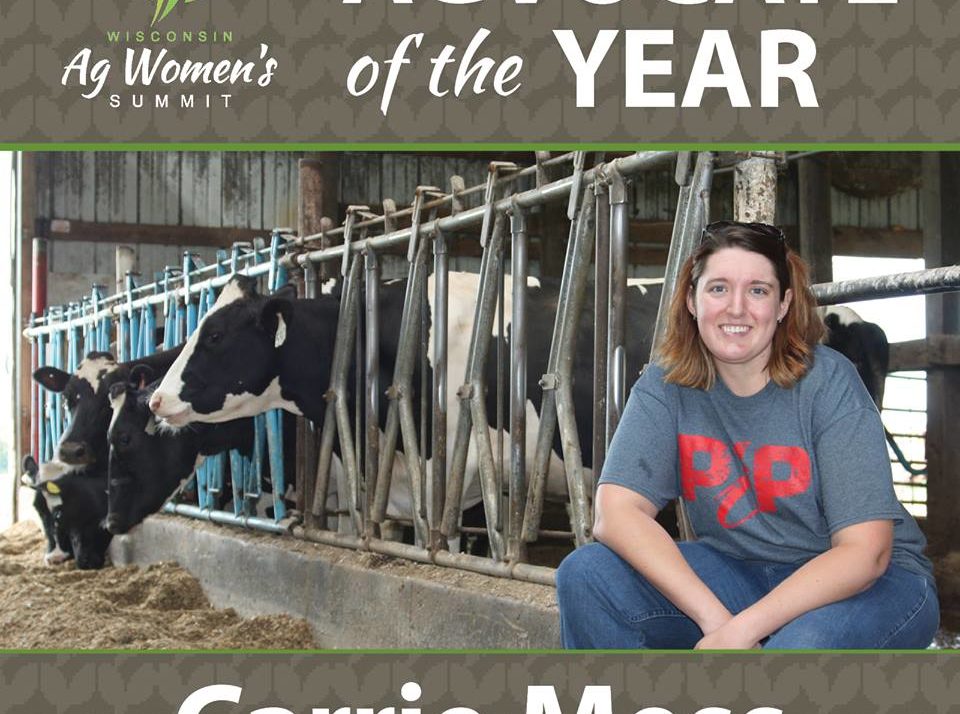 More than 250 women came together for the Annual Ag Women’s Summit held this year in Middleton, where the 2017 AgVocate of the Year was named.

Carrie Mess, or “Dairy Carrie”, of the Lake Mills area was born a city girl but has made her name in agriculture. She is now widely known for her blog that she started five years ago, whereby she received the handle “Dairy Carrie”.

Listen to her interview at the Summit.

The original goal Mess had for herself was to have hay sent to Texas and Oklahoma during their drought, but by realizing the power of social media, this catapulted into her now regular capturing of life on a farm. Mess estimated that her blog now has over 3 million views along with her active Facebook.

Social media has come a long way even since Mess started. Farmers across the world wide web are able to share their stories, which she thinks is great. The down fall to that, she said, is the conflict that has emerged. Mess herself has been in the center of criticism. She mentioned thousands of activists and even farmers that have sent her threats. She has since blocked many of these accounts. This could set people back, but she hopes it doesn’t. “These people think they are fighting the good fight just as I do,” she said.

Social media has also allowed Mess to meet invaluable people in the agriculture industry. Sometimes she can’t answer everyone’s questions, but she is able to turn the questions she cannot answer over to people who can. This has been a work in progress over the past five years, as when Mess first started, she was one of few people in agriculture willing to share the story so publically.

Mess grew up in Madison and said she came into agriculture by chance after joining FFA from being involved in high school rodeo. Through the guidance of her FFA chapter, showing her advisor’s miniature donkeys at fair, she found her passion and married the son of a dairy farmer, fully indoctrinating herself as a newborn farm girl.